In 1940 the last owner of the manor Gabrielle Gruževskienė with daughters Sofia and Adolfina were driven out of the estate, and later deported to Siberia. During the German occupation in Kelmė manor lived Baron von Haren, after the war, here was located in school, and later the Soviet Poultry Farm Center, which has retained a former manor building a small public museum in 1990. Then steered the beginning of the current Kelmė region museum. 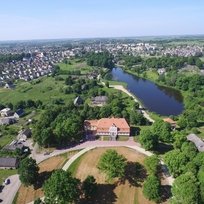 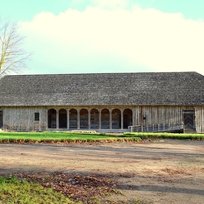